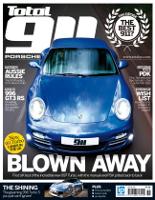 Anyway, after nine straight BMW’s of which seven were from the same dealer, I knew I was ready for a change. But, what do I go for?
I needed a car for everyday use that was sporty, practical and a rag top. Oh and not to expensive!

I discounted another BM as the only model I fancied was the M6 Convertible but it was the wrong side of what I wanted to pay. Next went the TVR Tuscan as I had spent the last two years ferrying my mate to the TVR specialists to have expensive new bits fitted as the old ones all dropped off. That left a Merc or if I could afford it, what about a good second-hand Porsche?

So, one June evening after preparing a fresh tomato salad, fillet steak with baby new potatoes, vegetables and a nice bottle of wine, I floated the idea with the Bread Knife.

“Was that good?” “Yes” she said (appreciative)
“You know I will be changing cars soon?” “Yes” (disinterested)
“Well, I have kinda narrowed it down to two Cars.” “Oh” (suspicious)
“Yep, it is either the Mercedes SLK 350, or a Porsche”
“You are not having that little Mercedes thing; it’s a girl’s car. I think you should get a Porsche!”

Champion! I was on my way!

And with the green light still shining brightly in my little eyes, I went to search the Interweb leaving the good lady to clear up, wash and dry the dishes, take the dogs for a walk and get on with the ironing. However, when you are not a Porsche aficionado or unfamiliar with the mark, a brief search of web left me confused. Do I want a 993, Targa, 944, 3.2, Water-cooled 911 or Boxster. This subject needed some serious research. So I went to the pub.

I met up with Dave, a local farmer who used to race Porsche’s. “Aye, great cars, solid engineering and the best fun you can have outside the bedroom” he said “And, if you are going to get one, get a 911” Which was good enough for me! I then continued my research two stools down with Wayne, a local car dealer “I don’t deal in the high end stuff,” he said. “the bloke you really need to speak to is Peter Richardson of RPR626, he’ll sort you out.”

So it was, the following day after a quick telephone call I found myself sipping coffee surrounded by Porsche’s and everything else Porsche.
I shared with Peter my requirements together with lack of knowledge. He vas very patient, explaining the history, different models, approximate running costs and what I would expect to pay. After about an hour, he said “right, what you need is a 911 C2 Cab 3.6 facelift”

It was mid-August when the call came so I immediately headed off to check out the car. I was greeted by a C2 Cab 3.6 Facelift in Artic Silver, hard top and spanking GT3 alloys. It looked fantastic!

We headed out for a drive with Peter taking the wheel, switching off the PSM and accelerating at a rapid rate of knots down “sales pitch lane”. Now, I am very fortunate to have flown backseat in a number of fast jet aircraft which can be a bit scary but this ride was really scary. The performance and handling was like nothing else I had experienced.

We returned to base and taxied back to the hanger where we haggled over the price and I bought the car there and then. I have not looked back since.

For not much more than I paid for the BMW, I have ended up with a car that does all that fun outside the bedroom stuff. The insurance was cheaper than the BM and I have just had the car serviced by Nelson Porsche of Stockton which again was cheaper than the equivalent BMW service.

The only downside I have of owning a Porsche is that I cannot see me driving anything else. In fact, Peter has a really nice 997 C4S Cab………Mmm

So my message is that there is an affordable dream out there waiting for you that will give you hours of pleasure and loads of Kudos. Go and get one and enjoy it!